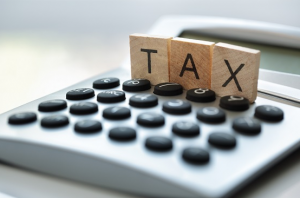 You may have noticed that almost overnight, dozens of Quickie Income Tax Service Stores have re-opened for business with the beginning of tax season. Most of these are in Chicago’s most impoverished neighborhoods and suburbs. Have you ever asked yourself why these businesses, many of which are franchises to publicly traded corporations, would want to set up shop in an area where most of the residents can’t even afford a cup of coffee, let alone a reasonable fee for income tax preparation?

The answer is The Great American Tax Giveaway.

Let’s set up a scenario. A husband, wife, and their four children come into your office to get their taxes done. They hand you a W-2 with a total of $10,000 in wages and $1,000 withheld for Federal Taxes. As a taxation professional you ask them whether or not this is all of the income for the family for the year. They lie and say, “Yes”.

Take a moment. Stop and think. There is absolutely no way that you can feed a family of six on only $10,000. You know that they are working for cash cleaning houses or doing construction somewhere. It’s the only way that they could possibly survive. This is income that they should be claiming. You know that they are lying. So if you are a taxation professional such as myself with ethics, a license, and a practice to protect, you don’t do the return. You bounce that family of six out of your office and tell them to never darken your doorstep again.

But is that what the Quickie Income Tax Services do? Most of the time, sadly no. Once they put in that W-2 and all of those social security numbers, if done on a 2016 1040 form, that family is getting a $6,561 refund! That’s right. You read that correctly. Between the refundable Earned Income Tax Credit and the refundable Child Tax Credit on the four kids, they are getting a refund of $6,561. If they were claiming all of their income properly, they wouldn’t be getting a refund. They would be paying through the nose for both income and self employment taxes. But with one simple lie, they work the system. A refund is supposed to be based upon what you have already put in, hence the name refund. They paid in $1,000 in Federal Withholding, and are now getting back $6,561. 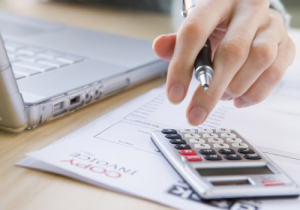 If you actually pay taxes, that’s your money. For the almost thirty years that I have practiced the profession, I have taken from the middle and upper classes, so that others could scam the system. And its wrong. Dead wrong. Did these thieves get degrees, start businesses, and do the hard work necessary to succeed in this country? Why should hard working middle and upper class families pay taxes so that billions of dollars can be lost to others primarily through fraud. That’s right. The IRS estimated that $291 Billion was lost in tax revenue based upon tax fraud on 1040’s in 2016. That’s Billion with a B.

Probably the worst part about this annual phenomenon is the fact that most of the perpetrators don’t think that they are doing anything wrong. I remember years ago, when bouncing one of these families out of my office, the Husband said, “But Sir, if you don’t do my taxes, how will I be able to take my family on vacation?” It turned out that this was how he financed two months with his family, back home in Mexico. The point is that he didn’t think that he was doing anything wrong. He thought that he was entitled to that money. He just didn’t understand why I wouldn’t help him. It was as if I was doing something wrong.

Who’s to blame? Well you can certainly start with the Quickie Income Tax Services that make Hundreds of Millions off of this phenomenon every year. They charge a fee for the return and additional money for the quick refund. They also make the client sign a liability waiver just in case they are audited, so that the Quickie Income Tax Service doesn’t pay a fine for aiding in the perpetuation of a fraud. Certainly the taxpayer that lied is at fault. But we should hold to the elected officials accountable that made these tax credits refundable as well. A refund should be based upon what you paid. Not what someone else paid.

So the next time that you are driving through an impoverished neighborhood and you see storefronts filled with seasonal tax services, please raise a glass and toast The Great American Tax Giveaway. After all, its your money being given away for no reason at all. And while your at it, have a double. Your probably going to need one when you do your own taxes this year.