Why The IRS Keeps Calling Those Who Use Tax Software: A Cautionary Tale 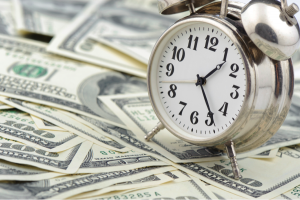 Technology within the accounting world has come a long way. Now, for the most part, we use digital applications and hard drives that are capable of storing what once would be an office’s worth of information. Accounting Solutions Ltd. has always lead the industry in terms of the technology we use, and our experienced accounting team is always finding new ways to streamline our process in a manner that will better service our clients.

Today, we wish to address those who use programs such as TurboTax in order to manage their returns. These types of products are quite widespread, and many Americans, as well as the occasional small business owner, use them to avoid hiring an accountant. While these systems may seem like a great ways to manage one’s finances, we must share a number of cautionary tales regarding this technology. Despite the often over-cited notion that technology is efficient and risk free, the inaccuracies that arise from using this variety of software will make you culpable in Tax Court. You can try to blame the mistake on the software, but no one is going to listen and you will be educated to the full extent of the law. This may be surprising to some, so we will delve into detail by examining a two recent legal cases that have dealt with this ever increasing problem. As a side note, these are all legitimate cases, but we have omitted the actual names or case numbers to preserve confidentiality.

One individual was recently taken to court by the IRS, who stated that he had claimed too many deductions on his previous return. In court, he stated that the software he had used had tricked him into claiming deductions that were outside of his jurisdiction. He had been using TurboTax, which functions by asking users questions and presenting deductions based upon their answers. Considering the fact that he was a respondent who had total control over these answers, the court ruled that his defense was invalid. He was fined significantly.

Another case involved a woman who had taken out a $400,000 loan, secured by her home, to pay off a lawsuit. She initially claimed interest deductions on this loan of $28,000 in 2013 and $52,000 for 2014. When taken to Tax Court, the investigators determined that the numbers simply didn’t add up properly. The deduction that had been listed didn’t match the original loan, and the court had no choice but to dictate foul play. The defendant failed to produce any contradictory evidence, and claimed that she had stored the information on tax software, which had been cleared. Due to the suspicious nature of the case, she was charged with income tax evasion.

The real takeaway from the aforementioned stories can be perfectly summarized by a quote from a Tax Court case from 2000, where it was stated that ‘tax preparation software is only as good as the information that one inputs into it.’ Never before have these words rang more true, as evidenced by a myriad of individuals who have tried to blame software for their own mistakes.

The main problem with using these products, is not the software but the user. No one should be asked to police themselves. As an uneducated, inexperienced accountant, do you really know tax law well enough to properly prepare a return? Are you actually willing to bet your freedom on your ignorance of and inexperience with tax law? Further, if the IRS has the choice between auditing one of two returns, one prepared by you and one prepared by us, which one do you think is going to be audited?

Accounting Solutions Ltd. is here to help. Please contact us via e-mail or telephone for a complimentary consultation.